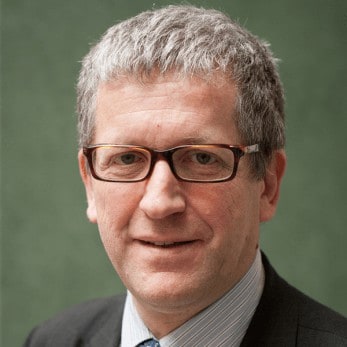 Our ‘Update in Science’ session ran on July 7 as part of our Masterclass series to a captive audience of over 50 people. World leading oncologist Prof. Eric Van Cutsem, also DiCE Medical Director, Co-founder and Board Member, gave an update on the latest advances in clinical trials and approved treatments following the world congress season this year.

Please find the transcript below or watch the video.

ASCO was held end of May while ESMO GI was on the first weekend of July. These are the two most important conferences for the digestive cancer community, and it seems that a lot of important and interesting data were presented in GI oncology. What studies would you highlight that are relevant for our colorectal cancer patient community?

“There are three practice changing insights that I would like to share. These all show clear progress in the individualization and personalization of treatment.

The first study is the KEYNOTE-177 study which is the study on the usage of pembrolizumab in metastatic colorectal cancer (mCRC) patients with microsatellite instable tumours, which is approximately 4-5% of all mCRC patients. The study was undertaken on patients whose metastasis could not be taken out by surgery (unresectable patients).

Pembrolizumab is an immune-oncology agent that is already approved for the treatment of melanoma, lung cancer and some other tumour types. The KEYNOTE-177 study recruited more than 300 first line mCRC patients (their metastatic disease was previously untreated), half of which were assigned to receive standard chemotherapy while the other half was on pembrolizumab plus the standard chemo regimen.

What this study showed was that patients that received pembrolizumab as part of their regimen had better results – their tumour shrinking rates were higher, their responses proved more durable and remained stable, free of progression, for a longer period of time (median progression free survival (PFS) in pembrolizumab arm was 16.5 months in comparison to the median PFS on chemo which was 8.2 months).

Although we cannot cure patients yet with this treatment, we can control the disease meaning that many patients can survive longer in this setting.”

What do these results mean for clinical practice?

“Although the initial results were presented at ASCO, at the end of May, the American Food and Drug Administration (FDA) has already approved pembrolizumab for the first line treatment of patients with unresectable or metastatic microsatellite instable (MSI-H) colorectal cancer. My expectations are that the European Medicines Agency (EMA) will soon approve this immunotherapy for CRC patients as well. This treatment is practice changing for the mentioned patient population.”

What is the other study that you would like to highlight?

“For several years we have been performing the mutational analysis for mCRC and we have been mainly focusing on KRAS and NRAS mutations. We also know that there is BRAF mutation that is present in 8-10% of mCRC patient tumours and is usually predictive for poor prognosis, resistance to chemotherapy and having a fast progression.

Based on the results of this 3 BEACON CRC trial, first the FDA and just recently EMA has approved encorafenib for this high-medical-need population (BRAF mutant mCRC patients who have received prior systemic therapy).”

It is great to hear about another practice changing treatment, although for a small subgroup of patients, but we understand that this is how the treatments are developed – to personalize and individualize the treatment of mCRC based on the mutational analysis. What are the results of the third study that you wanted to highlight?

“The third point that I would like to highlight is on the treatment of patients with rectal cancer (the last part of the colon). Enormous progress was done in order to cure these cancers in non-metastatic stage with the administration of radiotherapy, chemotherapy and surgery.

The challenge was however that even if you were able to take out the rectal cancer after chemo plus radiation protocols were administered, there are still 25-30% of patients that would relapse, and metastasis would occur.

Different studies were discussed at ASCO and ESMO GI demonstrate that if we treat those patients with less radiotherapy but more intensive chemotherapy and operate on certain patients to remove their tumour, we reduce the likelihood of tumour recurrence and also avoid colostomy in a number of patients.”

What does this imply in the clinical practice?

“It implies that by changing the protocols from five weeks of chemo plus radiation followed by surgery to five days of radiotherapy followed by a few months of chemotherapy and surgery in those patients where needed, we would be able to have less tumour recurrences and metastasis.

But equally important: the quality of life will be better for this patient population because fewer patients will need a colostomy. And because of these discussions, many societies across the world are currently changing the guidelines for the treatment of locally advanced rectal cancer.”

The last question for you today is on hepatocellular carcinoma (HCC). Because of our recent expansion into the area of liver cancer, could you please give us a brief update on what has been presented in that area?

“This year and last year at ASCO and ESMO GI, studies on new drugs for patients with inoperable HCC, who livers could not be transplanted but were still in good conditions were presented.

Two years ago, there was only one drug, sorafenib but now we have many drugs from the sorafenib family, such as regorafenib, cabozantinib and lenvatinib. Data on the immunotherapy agents with the activity in HCC were presented for the first time at ESMO ASIA meeting in November 2019, with the same data being published in the meantime.

Patients in this trial were randomized in two groups: one group was on sorafenib and the other group on bevacizumab, the same drug that is used in CRC and targets the blood vessels, in combination with immunotherapy atezolizumab. This combination had a major impact on patient survival. Although in the starting block, we already have 5-6 agents that are approved, and the progress is coming to this area.”

Thank you Dr Van Cutsem for sharing these latest updates with our Members and other interested parties in our community.